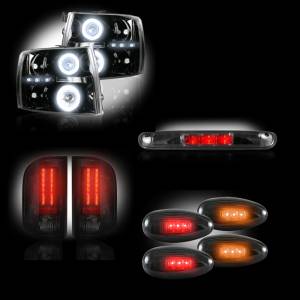 Keep in mind there are two H1 bulbs in each projector headlight, so you will need to buy two sets of headlight bulbs for each set of Chevy Silverado projector headlights you are upgrading the bulbs in assuming you want to upgrade both the low-beam and the high-beam.