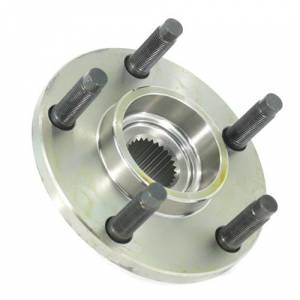 Replace the damaged wheel hub on your 1999-2004 Mustang Cobra's IRS with this direct replacement wheel hub from Ford Racing! This is a high quality, direct replacement rear hub for 1999-2004 Mustang Cobras with IRS, or any 1994-2004 Mustang with a IRS swap. It will fit both the driver and passenger side, so you do not have to worry about getting them mixed up. This IRS wheel hub comes with pre-installed wheel studs already pressed in, so you can installed it right out of the box! (Sold individually - Does not include Hub Bearing)