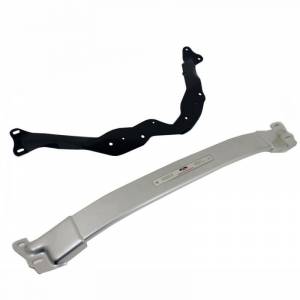 These high-quality steel strut tower braces stiffen your vehicle's chassis, increasing handling and producing a more positive steering feel. They're designed to clear all production and many aftermarket components and then "E" coated and painted black for an attractive appearance, as well as corrosion resistance. The braces come complete with all required mounting hardware and instructions.