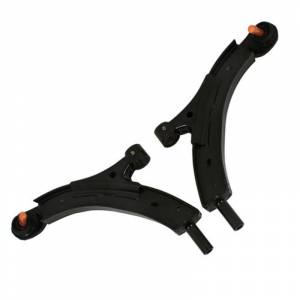 When you're racing the premier "pony car," why look anywhere besides the legendary source for replacement parts? Ford Racing now offers Mustang control arm kits with improved geometry for track use--they want your ride in the winner's circle as much as you do. Fifth-generation drivers, in particular--select the control arm style that best fits your suspension system... and set your sights on the checkered flag! (Extensive modifications are required for use on production vehicles.)