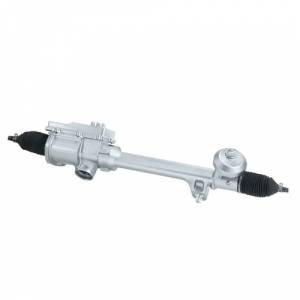 Electric Steering Rack replacement for your 2012-2014 Ford Mustang Boss 302. When you're racing the premier "pony car," why look anywhere besides the legendary source for replacement parts? Ford Racing now offers Mustang control arm kits with improved geometry for track use--they want your ride in the winner's circle as much as you do.