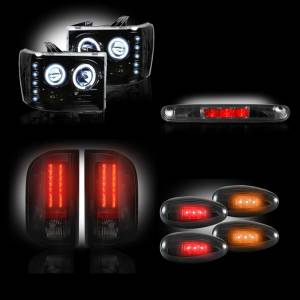 RECON’s CLEAR & SMOKED LED FENDER LIGHTS illuminate with RED & AMBER LED’s and are street legal and have been approved for use by the National Highway Traffic Safety Administration “(NHSTA”). Each RECON LED FENDER LENS KIT comes complete with either clear or smoked lenses and uses 2 AMBER colored LED lights and 2 RED colored LED lights for illumination.