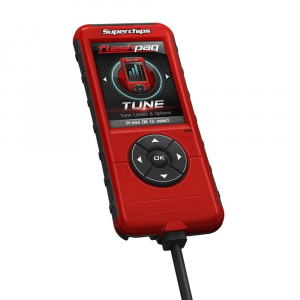 Introducing the all-new Superchips Flashpaq F5 CARB edition performance tuner for your 1999-2010 Ford Powerstroke, 2001-2015 GM Duramax, or 2003-2012 Cummins features an easy-to-use graphic interface, high-resolution color screen, scan features, and tuning levels, the Flashpaq F5 offers more power per dollar than any other tuner on the market. This product is 50 state legal so you don't have to worry when heading into any SMOG emissions tests!

The Flashpaq F5 is engineered to deliver a safe, smart, horsepower from zero to wide open throttle. What makes Superchips different from other options in the marketplace is how we define performance. For us, it is all about putting power in the palm of your hand, providing you advanced and custom options, and backing our product with best-in-class customer service. You rely on your gas and diesel trucks/SUV to get to and from work, take the family on vacation, and travel to all points in between. You’ve invested in your vehicle. Make sure you invest in a product that lives up to its reputation. Flashpaq is the worthy candidate for consideration when evaluating a performance upgrade. 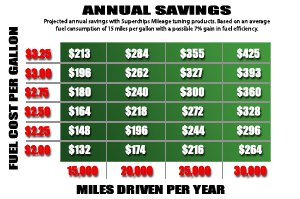 The Superchips Flashpaq is designed to deliver maximized horsepower, but can also help you save MPGs. The Superchips tunes loaded in our performance programmers are engineered to modify the spark timing. We can optimize the burn cycle of the engine to help you become more efficient. Better throttle response can actually save you fuel. Drivers that can manage their right foot can pick up MPGs, even while running a performance tune. Adding larger tires and wheels makes for more added mass, which take more energy to accelerate.

Important Note: Features may vary based on year, make, & model.

The Superchips Flashpaq F5 features performance levels on both gas and diesel Dodge/RAM trucks & SUVs for economy, towing, daily driving, and extreme performance. Buy a Flashpaq F5 today to install award-winning performance on your vehicle. You will not find more bang for your buck anywhere!